So maybe 2016 was a little bit of a crap shoot for the world. I very intentionally avoid talking politics or scandals or cringe worthy news updates on here because there’s enough of that pressing in on all sides of us. There’s fake news filling our Facebook feeds, anger, disappointment, confusion and fear pulsating everywhere. Right here, this blog of mine, has been my own personal reprieve from all of it. I hope that my readers can know that I feel just as much emotion regarding the events of the world around me as any of you and I have difficulty, not in acknowledging it, but in coping in ways that are still responsible and intelligent. One way I honour this criteria is by encouraging and demanding of myself a constant strive for knowledge.

Reading is one of the most powerful resources we have to bettering ourselves and our responses to the curveballs the world throws our way. There’s so much to learn from the words of others and the incredible insights that they can spark in our own minds. So without further adieu, here’s my top five books that’ve gotten me through this year and promise to be lifetime favourites:

#5. H is for Hawk by Helen Macdonald

“I think of what wild animals are in our imaginations. And how they are disappearing not just from the wild, but from people’s everyday lives, replaced by images of themselves in print and on screen. The rarer they get, the fewer meanings animals can have. Eventually rarity is all they are made of.
The condor is an icon of extinction. There’s little else to it now but being the last of its kind. And in this lies the diminution of the world. How can you love something, how can you fight to protect it, if all it means is loss?”

This book deals with grief. With wildness and nature, both human and not and does so with an air of realism and personality not easily overlooked. Macdonald writes this memoir during a stage all of us have, or will experience in our lifetimes despite our best attempts at negotiating around it. Loss is universal and intimate all at once and her ability to weave its difficult lessons into a tale of wild exploration and self identity through the mysterious awe of falconry leads to a powerful read.

“There is always another secret.”

Not my usual genre but oh-so worth the read. Brandon Sanderson does an amazing job of creating a world where magic is a science of faith and adaptation. With a perfectly paced story and unforgettable characters, Sanderson has created a series of books that are as strong as standalones as they are as a whole. By the end of the final book he’s so well tied the plot together that you immediately feel the need to re-read them all to marvel at those smallest of knots tied that were initially overlooked.

#3. A Little Life by Hanya Yanagihara 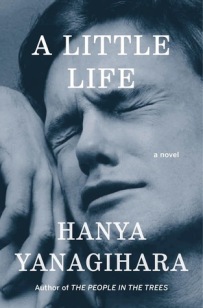 “You won’t understand what I mean now, but someday you will: the only trick of friendship, I think, is to find people who are better than you are—not smarter, not cooler, but kinder, and more generous, and more forgiving—and then to appreciate them for what they can teach you, and to try to listen to them when they tell you something about yourself, no matter how bad—or good—it might be, and to trust them, which is the hardest thing of all. But the best, as well.”

I’ve reviewed this in a previous post so excuse the repetition a little but this book definitely held its own in the world of my literary adventures this past year. As one of the rare books that simultaneously beat me up and had me gripping the pages of its guts tighter, this devastating novel wins a place on this list. ‘Harsh’ doesn’t do justice. Unlike Donoghue’s ‘Room,’ where ugliness and the most heartbreaking of abuses happen off stage, Yanagihara offers no obstruction from the most deplorable of violences and it’s an act that sometimes can come off operatic yet incredibly bold. But the real reason that this is on my list is because I’ve never read something that depicted friendship so perfectly – so redemptive in its honesty and so truthfully written with all the complexities and dark undercurrents of real relationships.

#2. The Art Of Racing in The Rain by Garth Stein 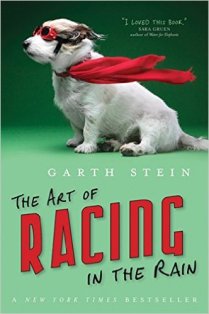 “The human language, as precise as it is with its thousands of words, can still be so wonderfully vague.”

What a good book. Stein has produced something here that’s sweet and potent and beautiful. I’m a sucker for dogs -for animals- as I’m sure this list hints at. And there’s something unmistakably wholesome and perfect in the way this book takes the observations of a soul trapped without speech or the privilege of opposable thumbs and makes them so incredibly insightful and wonderful in lieu of these limitations assigned by their species. In this novel, narrated from the perspective of mans’ best friend himself, you’re introduced to the uniquely relevant world of race car driving and its lessons that deserve to be carried over into the art of living. Beautiful and insightful, I loved this book. 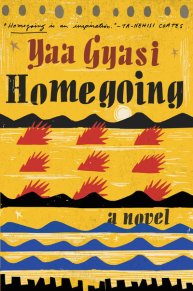 “We believe the one who has power. He is the one who gets to write the story. So when you study history you must ask yourself, Whose story am I missing?, Whose voice was suppressed so that this voice could come forth? Once you have figured that out, you must find that story too. From there you get a clearer, yet still imperfect, picture.”

You should go read this. Probably now. Spread over 250 years, this debut novel spans centuries and continents and does so in one of the richest, most honest narratives I’ve ever read. A look at the disgraced history of colonialism and slavery in Ghana and America, this was an ambitious and consequently impressive work by Gyasi that deserves to be read. Her ability to create characters that are meaningful and representative in so many ways of the struggle and progression of a group of people who have endured so much is painstakingly beautiful to say the least. All together a stunning novel that I highly recommend and without question is worthy of the top spot on this list.